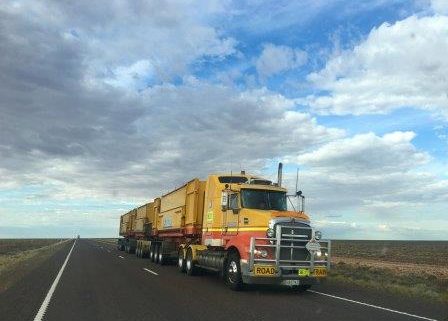 WEX Incorporated is a South Portland, Maine based provider of corporate payment solutions and fleet card services to commercial customers primarily in the transportation, health care and travel industries. Wex operates offices around the world in countries ranging from Brazil and New Zealand to Norway and the United Kingdom. In total, WEX Incorporated employs over 3000 associates worldwide.

WEX is set to report earnings that will be released next week. Given the recent upwards move in global interest rates, now is an opportune time to check in on WEX, who relies on variable or floating rate borrowing for a significant amount of financing.

Much of this is tied to LIBOR or the London Interbank Offer Rate, which has been moving higher along with U.S. Treasury rates. Case in point, the 3-month LIBOR has risen to 1.81%, up from roughly 50 basis points just a few years prior. Concurrently, U.S. 10-year Treasury note rates have doubled in the past few years and now stand at 2.80%. While still historically low, it is a trend that market watchers are keeping an eye on.

But WEX appears to be actively monitoring the rate moves. On December 27, the company reported an interest rate swaps transaction ($500 million in 5-year swaps) at an average rate of 2.21% that WEX expects will reduce the impact of rising interest rates on existing variable debt.1

Further, the company was also able to renegotiate $500 million of its borrowing facility through Banc of America, N.A. Mitsubishi (MUFG Union Bank), SunTrust and Citizens.2 The result was a half a percentage point reduction in borrowing rates (in conjunction with another tranche B loan which is to be set at 2.25% for LIBOR borrowings).3

Its moves like these that we like to see in the face of rising interest rates. It demonstrates a proactive approach by management to minimize the effects of higher rates on their financing capacities. After all, it is these financial resources which allow the company to manage its corporate payment platforms, as well as price factoring rates for invoice factoring, invoice financing and other small business funding facilities. These services fall under WEX’s Fleet One Factoring division, which provides net working capital to many independent trucking companies nationwide. As such, WEX technically competes with trucking factoring companies such as Apex Factoring and OTR Capital.

WEX began offering its fleet card payments to trucking customers way back in 1983. Today, customers representing over 11 million vehicles receive a number of benefits including payment solutions and security.

For example, the WEX Fleet SmartHub and WEX Connect Apps are perfect for customers on the road. These allow drivers to locate the cheapest fuel on their routes, providing additional savings for fleet card members. Right on WEX’s website, they have a section where small business owners can compare fleet card offerings against the WEX fleet card. We will keep readers, often business owners who depend on small business factoring services, updated on WEX’s financial condition following earnings announcements. Until then, refer to our Fleet one factoring company reviews for more information.