You are here: Home / Featured Articles / Uncategorized / Why isn’t Kabbage a Household Name? 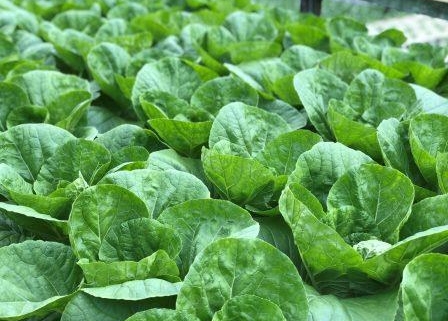 Why isn’t Kabbage a Household Name?

Despite facilitating over $6 billion in loans to over 200,000 small businesses, Kabbage remains widely unknown as a household name. But with a recent marketing blitz, that won’t be the case much longer.

Last month, we received our first advertising mailer from Kabbage (see attached image). The message highlighted their line of credit (up to $250,000 for qualifying businesses) and the requirements for qualifying. Kabbage loans require you to have been in business for one year and have $50,000 in annual revenues (or $4,200 in monthly revenues for the prior three months) prior to funding. This isn’t too hefty a barrier, especially when compared with the median annual gross revenue of $280,000 for small businesses (according to Kabbage’s Small Business Revenue Index).1

The money, accessible 24 hours a day, can be used to purchase inventory for a big order, hire key employees or meet payroll. They can actually approve you for $200,000 within minutes of your online application.

Interestingly, the flyer was sent to our home but was addressed to a former retail business we ran in the mid-to late 2000s. At that time, small business financing was still very much controlled by local and community banks. Even the earliest fintechs (National Funding, Fundbox, Ondeck Capital, etc.) were unknown to most business owners. Access to net working capital would’ve certainly helped our specialty retail business but alternative funding sources like asset based lending was largely for those “in the know”. Fast forward to today and the small business climate is much different.

But Kabbage isn’t just using mailers-they began a national media campaign in October of this year on both radio and television. We first head them in early October on Fox Sports Radio’s The Colin Cowherd Show.

Demonstrating how quickly they’re growing, the September mailer quoted 170,000+ small businesses served while an October 8th, 2019 ad on Fox Radio’s The Colin Cowherd show revealed that number had already reached 200,000. Cowherd was quick to emphasize that $250,000 can go a long way when starting a new business. This is a nod to entrepreneurs seeking elusive startup funding.

Another nice thing about the Kabbage line of credit is that you don’t have to use ALL of the funds (pay for only what you use). This might be prudent for the newest businesses. The economy is probably late-cycle, so when the economy cools off there may be many small businesses without the ability to repay debt.

Interestingly, Kabbage seems to be targeting a much different audience with Fox Sport’s the Cowherd Show. Other lenders or marketplaces like Bluevine Capital, Newtek, Nerdwallet, Smallbizloans and Upstart loans (check out our Upstart reviews) focus more on financial news networks like CNBC and Bloomberg. In particular, the smallbizloans campaign should give Lendio, Biz2Credit and Fundera (see our Fundera reviews page) something to think about.

Maybe it’s because Cowherd takes a somewhat more sophisticated, analytic angle than other sports talk shows. Regardless, 18-35 year-old sports fans might not have the best credit. Or, they could have excellent credit but are maxed out with student loan debt amid the tuition bubble. In other words, those ads are aimed more at the younger entrepreneur.

Some Things to Understand with Kabbage Lines of Credit

But remember, when you replenish any part of the line, it is treated as a separate installment loan. And for security purposes, Kabbage may also send micro-deposits prior to funding, to protect against fraud. This can delay the process and can take “several days” to fully fund.

Another knock on many online small business loans, is the high interest rates that are charged, especially when annualized, given such a low rate environment. Kabbage and other fintech lenders use Utah-based or New Jersey banks, where there’s a higher cap (or none) on usury [loan] rates. Fair or not, some accuse certain fintechs of “rent a bank” schemes to bypass state consumer finance laws.2

Our take is that fintech borrowing rates are still cheaper than many cash advance companies (and even some invoice factoring companies out there-check out our Kabbage reviews page to dig deeper into the costs and see how we scored them). There has to be some premium charged by lenders to compensate for the risk of startup funding or there would be no access to capital whatsoever.

We think the sky’s the limit for online lender Kabbage. But we hope they decide to stay a private company, relying on debt and venture financing for funding. There has been talk of the company pursuing an IPO (initial public offering) presumably for capital as well as notoriety.3 We think this would actually hamstring their innovation and make them more susceptible to outside influences.

More information on Kabbage competitors can be found below:

Why a Kabbage Inc. IPO Would be a Terrible Idea
Scroll to top
Wait... just need a factoring quote?