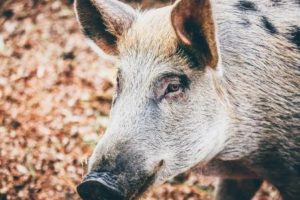 Small businesses are very important to the economy in Arkansas, employing roughly half of the state’s private workforce in 2011.1 According to the U.S. Small Business Administration, there are 242,063 small businesses in Arkansas. Further, 96.6% of all Arkansas businesses with employees are defined as “small” (meaning fewer than 500 employees).2 Not surprisingly, it is imperative that small businesses remain strong with access to a variety of small business funding options.

But access to traditional capital for small or medium-sized businesses without a long operating history or even financial statements is very difficult. Banks will often turn down startups, often very high growth companies lacking bottom line profitability. And this is during strong economic ties, forget about in a recession. Small businesses are often forced to take on new business partners or sell equity to raise capital which often turns out to be a bad idea down the road.

There is a much better option with invoice factoring. Instead of incurring debt to receive funding, factoring involves the discounted selling of accounts receivables to a third-party buyer. Since businesses have cash tied up in receivables, they need a way to survive their cash conversion cycle. Luckily, there are a number of factoring companies, known as ‘factors”, who will buy the accounts receivable, providing up-front cash advance to the business.

You can’t think of the Arkansas state economy without talking about Walmart. Headquartered in Bentonville, the Fortune 100 company is vital to the state’s economy, employs roughly 14,000 corporate employees in the Arkansas alone.4

If you are one of the roughly 10,000 companies that are Walmart suppliers, you salivate at the chance to sell to over one quarter of a billion customers throughout Walmart’s various platforms.5 The downside to being a Walmart supplier is that you may receive delayed payments as well as increasing fees.6

We understand why large, publicly traded corporations delay payments to suppliers as long as possible-it makes them more profitable. They have numerous stakeholders to consider including workers, stockholders and charitable beneficiaries. Speaking of workers, Walmart employs about one and a half million people nationwide, equivalent to roughly 1% of the American workforce. So while it is great that there is a pledge created by the Obama Administration aimed at paying suppliers more quickly, the reality is if Walmart did this, they would probably not be able employ as many Americans.

A component of the Dow Jones Industrial Average, Walmart shares are also widely held in American 401(k)s as well as the pension funds thousands of public sector workers. And the charitable giving of Walmart and the Walton family are to be commended. Unfortunately none of these positives help your business’ cash flow situation.

Ironically, Walmart actually offers invoice factoring services to about 10% of its suppliers.7 Instead of waiting the typical 60 to 90 days for payment from the retail giant, suppliers can begin factoring invoices through Walmart’s Supplier Alliance Program. Unfortunately, the odds are your business isn’t one of them. And is that who you really want factoring receivables?

There are way too many conflicts of interest in a relationship where the factor is assessing the credit worthiness of itself. You already have enough invested in that relationship. And the already razor thin margins will get squeezed further. It just doesn’t seem right.

Invoice factoring provides a stable cash flow to make payroll, capitalize on strategic opportunities or meet existing liabilities. Accounts receivable factoring does not incur any new debt because you are actually selling assets (accounts receivable). You will need to provide a copy of your business’ Articles of Incorporation, copies of invoices and their aging.

The aforementioned industries have customers that are notoriously slow payers. Luckily, there are a number of invoice factoring companies in Arkansas. Many are located around Bentonville and Little Rock, but there are factors located all through Arkansas.

A factor often has branches in several different states, but it’s a good idea to court invoice factoring companies located in the same state as your business. There is a degree of local expertise that can be beneficial to a small business. Also, the factor’s credit and collection departments may even be better than your own. Here are some invoice factoring companies headquartered in the state of Arkansas:

This is not meant to be a comprehensive list of accounts receivable factoring companies in Arkansas-just those headquartered within the state. Other factors with operations within Arkansas include Bluevine, Fundbox, Riviera Finance and Fleet One Factoring. If your business is interested in receiving more information about improving your net working capital from a factoring company near you, tell us a little about your business, location and size of your business and operation.